COMPRISING 550 ACRES OF fields, woodlands, ponds and estate grounds, Muttontown is Nassau County's largest nature preserve and one of the most beautiful settings on Long Island.

The preserve includes miles of marked nature trails with local wildflowers, trees, birds, mammals, reptiles and amphibians. Maps and brochures are available for self-guided tours and include descriptions of various areas along the trails. 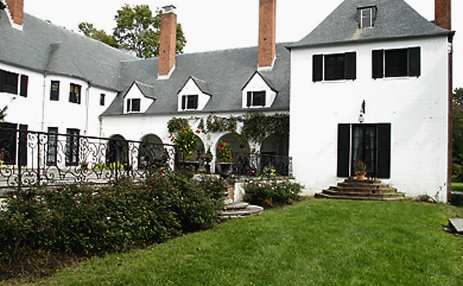 In winter, residents can enjoy the cross-country skiing trails that are available when weather allows. Muttontown also has several structures, including the Chelsea Estate, which is listed on the National Register of Historic Places and Nassau Hall.

The Muttontown Preserve is cobbled together from three separate estates. The Nature Center and Chelsea are located on a 100-acre parcel donated by Alexandra Moore McKay. An additional 400 acres were purchased from the Lansdell Christie Estate, including the original Winthrop Mansion. A 20-acre parcel donated by Mrs. Paul Hammond contains evidence of the pre-Revolutionary Duryea Farm. The ruins of the mansion once owned by King Zog of Albania can still be viewed in the wooded area just north of Muttontown Road.

King Zog, the last monarch in Albania, remains one of the preserve's curiosities. Zog, who fled Albania after the Italian invasion of 1939 and lived in England, Egypt and France in the years after, acquired the 150-acre Knollwood Estate at Muttontown in 1951. The estate included a magnificent 60-room granite mansion originally built for Wall Street investor Charles Hudson in the early 20th century. But Zog never moved to the U.S. and sold the estate in 1955 to Lansdell Christie (Zog died in France in 1961). As the mansion lay abandoned, rumors began to spread about riches King Zog had hidden in the mansion's walls, with the natural result that vandals soon descended on the property. The Christie family had the mansion demolished in 1959.

In December 2006, the Muttontown Preserve was named "Best Nature Walk of Long Island " by Long Island Press, the weekly newspaper.