In case you missed Legislator McKevitt’s online Grievance Workshops with the Assessment Review Commission, you can watch a recording of one of the workshops, including the Q&A session at the end. Just click the Video Below! 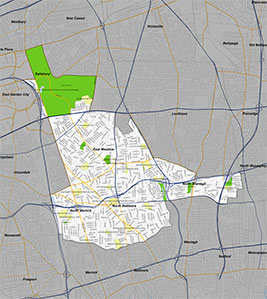 McKevitt interned for New York State Supreme Court Justice Marvin Segal and the New York State Attorney General's Office. He has worked in the offices of state Senator Kemp Hannon and U.S. Senator Alfonse D'Amato. He served as Deputy Town Attorney for the Town of Hempstead for nearly nine years where he argued and won cases before New York's highest court, the Court of Appeals, and the United States Court of Appeals for the Second Circuit. He also has practiced privately with law firms in Nassau County.

McKevitt was elected to the New York State Assembly in a special election in February 2006, and was re-elected six times. During that time he was a sponsor of 150 bills signed into law, and was a supporter of the tax cap legislation as well as bringing record amounts of school aid to Long Island. He served as the Ranking Member on the Mental Health and Judiciary Committees, and served as the Minority Leader Pro Tempore, the number two ranking position in the Republican Conference, where he was responsible for the management of floor activity and leading debates. He was elected to the Nassau County Legislature in 2017 and re-elected in 2019 and 2021.

McKevitt is a member of the American and New York State Bar Associations, is a past Chair of the Municipal Law Committee of the Nassau County Bar Association, as well as the past Editor-in-Chief of the Nassau Lawyer, the Association's monthly newspaper. He has been asked to deliver numerous lectures on land use and zoning enforcement throughout the state.

Tom believes strongly in the value of community service, as evidenced by his membership in the East Meadow Kiwanis Club and the East Meadow Chamber of Commerce, and coach of the Holy Trinity Diocesan High School Mock Trial Team. He is the recipient of the George Estabrook Award for service as a distinguished alumnus of Hofstra University, as well as an alumni award from the Public Justice Foundation of Hofstra Law School.

He is a parishioner of St. Raphael Roman Catholic Church in East Meadow, and a member of the Nassau County Catholic Lawyers Guild. Legislator McKevitt resides in East Meadow with his wife, Samantha, who is a social studies teacher in the public school system, and their two children.