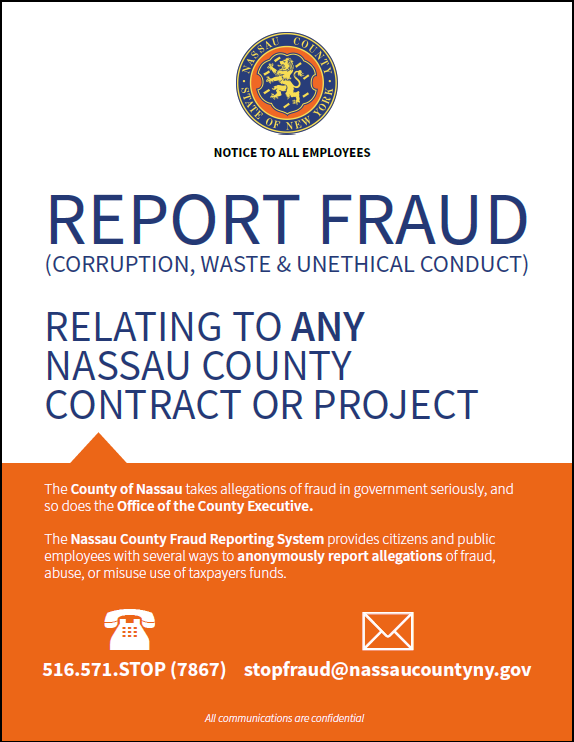 "While some of the promises I made during my campaign will take time to come to fruition, beginning to restore trust in this government is a top priority of my administration and deserves immediate action," said Curran.

Since taking office County Executive Curran has signed two Executive Orders that remove politics from government. The first executive order, signed in January, bans appointees from holding leadership positions in any political party. That same Order also forbids members of the administration from donating to Curran's political campaigns. Nassau is the first and only county in New York State to take these steps.

The second Executive Order, signed in February, forbids county employees who play a role in contract review or procurement to accept any gift from a current or prospective county contractor worth any amount, and inserts an "Integrity" and "Anti-Nepotism" clause into county contracts.

Under the Fraud Reporting System, if employees or citizens wish to report fraud, corruption, or misuse of taxpayer funds they may make an anonymous report to (516) 571.STOP (7867) or e-mail stopfraud@nassaucountyny.gov. For more information visit our Stop Fraud page.

"These steps send a message to all county residents," said Curran, "We are here to serve the public. Not ourselves. Pay to play ends under my watch."