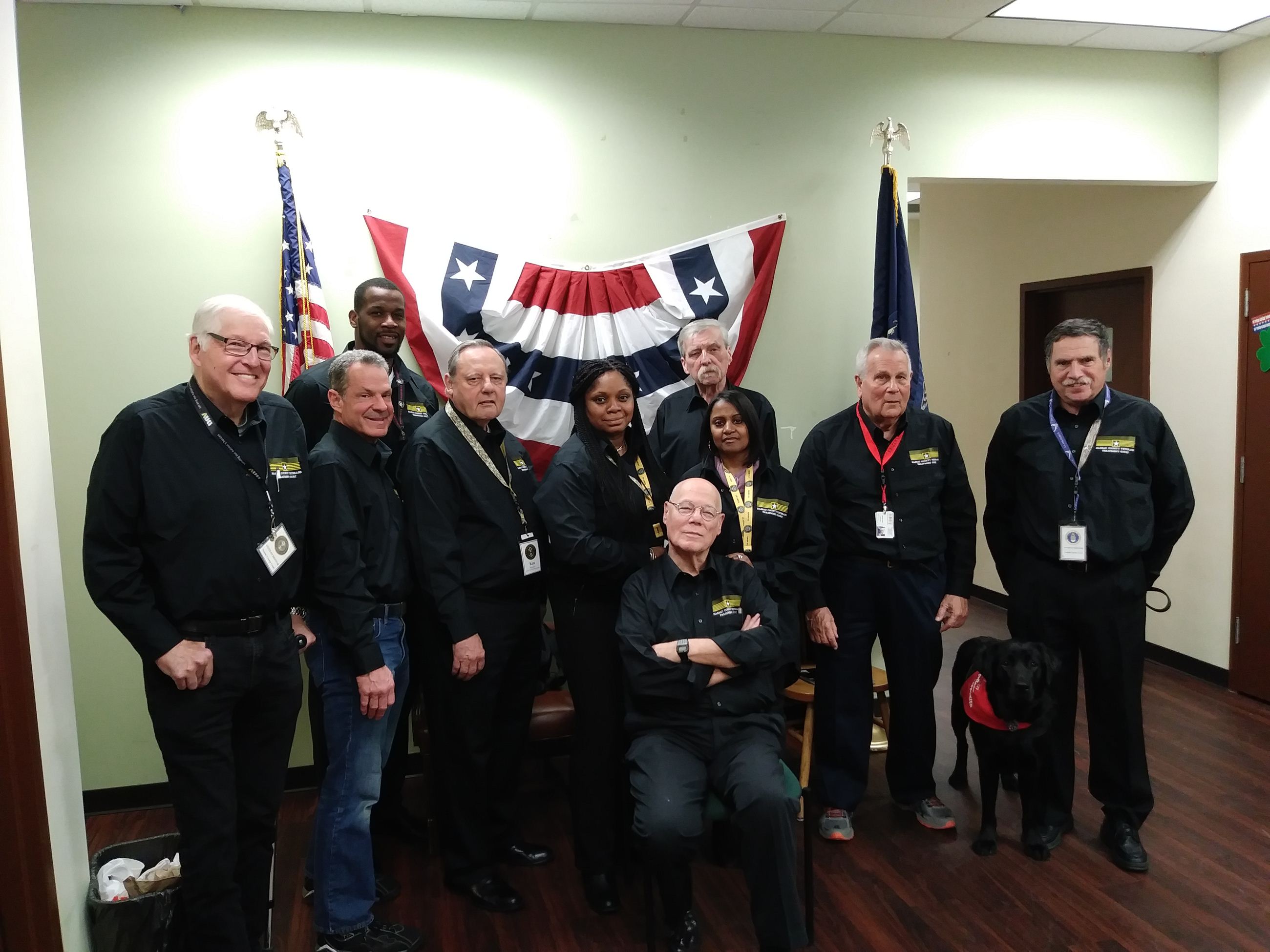 Mentors are U.S. Armed Forces veterans (many with combat service) who volunteer to assist program participants while they are going through the court, including compliance with their treatment agreements. They provide support and encouragement, help navigate the court process and access VA and local services. Mentors are specially trained "battle buddies" who give participants feedback and support in a way that only a fellow veteran can do.

Ed Aulman served as a 1LT with the USMC in Vietnam 1968-1969, as a rifle platoon commander and Battalion Intelligence officer. His decorations include the Vietnamese Cross of Gallantry and the Navy Commendation Medal. After a career as a business executive, he was the Director of the Nassau County Veterans Service Agency from 2002-2009. Long active as a leader in veterans service, he has been President of the New York State County Veterans Service Officers Association, President of  the United Veterans Organization of Nassau County, Commander of the Syosset American Legion Post, and President of the 1st Marine Division New York Chapter. In 2017-2018, he was a veteran case worker for Congressman Thomas Suozzi. He is currently the producer/host of “Veterans News,” a monthly program on Cablevision Public Access TV.

Ken Braun joined the US Army in 1964 after high school, trained as a logistics specialist, and in 1965 was deployed to the Dominican Republic as part of an inter-American peacekeeping force in the wake of a Communist-led insurrection. After completing his active duty commitment, he earned a college degree under the GI Bill, worked as a riveter for Grumman Aircraft, a salesman for Gerber Baby Foods, and as a stockbroker, before beginning a 30-year career at Citigroup, retiring in 2008 as a bank director. He has been Commander of American Legion Post 1282 in Merrick since 2013.

James Brown is the Man from Mars. He is a retired supervisor of M&M/Mars, Inc., the American global manufacturer of confectionery, pet food and other food products. He served with the US Army in Vietnam from 1966-67 with the Military Assistance Command Vietnam (MACV), based in Phan Rang in II Corps. His main duties were driving a 5-ton and a LARC-V amphibious cargo vehicle. He has been helping veterans since 1982. He currently is a member of the DAV, VVA, VFW, UVO, and the Long Island National Cemetery Memorial Organization (LINCMO).

Ed Esrick served 8 1/2 years on active duty as a US Air Force JAG officer, then spent an additional 16 years in the active reserve and retired as a Lieutenant Colonel. He is a practicing attorney focusing on real estate and operates a title insurance agency. He and his dog are certified by the Good Dog Foundation as a "dog therapy team" and regularly visit patients and residents at facilities throughout Nassau and Queens.

Al Garbarino retired after 30 years with the New York State Court System. As a Principal Court Clerk he supervised the Mental Hygiene, Trial Term Departments, Subpoenaed Records, and Criminal Appeals Division, in Bronx Supreme Court, Nassau District Court, Nassau County Court, Queens Civil and Supreme Court. He served as an Operations Officer with the rank of Major with the US Army 800th Military Police Brigade in Operation Iraqi Freedom from January 2003 to February 2004. His decorations include the Bronze Star, Combat Action Medal, Operation Iraqi Freedom Medal, War on Terror Medal, and an Overseas Deployment Medal. He worked on the reconstruction of the Iraqi Justice system, including the judicial and prison/correction system and participated as a member of military tribunals.

Howard Kalachman served with the US Army First Cavalry Division in Vietnam 1967-68. Wounded at An Khe, his decorations include the Bronze Star and CIB. After military service, he spent two decades as a business executive, then gave in to his love for children and is now retired after 22 years in the NYC school system, as a classroom teacher, math specialist and Assistant Principal. Post-retirement, he's turned his energies to helping fellow veterans. In addition to his work as a VTC mentor, he's a member of the Nassau County Veterans Advisory Board, Nassau County United Veterans Organization, and served for several years as Commander of the American Legion Post 972, Long Beach, NY. He's a life member of the VFW Post 138 and DAV Chapter 145. Howard authored "Hi Mom, I'm O.K and Other Lies from Vietnam," a book based on his Vietnam experiences, dedicated to the sacrifices made by veterans and their loved ones.

Rich Mecabe retired as a Detective 1st Grade after a 33-year career in the NYPD. He served with the US Army in Vietnam 1969-70 as an artillery forward observer.

Steve Rose joined the Navy in 1963 the day after John F. Kennedy was assassinated. He spent his first years as a dental tech in Yorktown, VA, then was assigned to the Fleet Marine Force, where he served as a corpsman with the US Marine Corps in Vietnam. After leaving the service he completed his education and spent 40 years as a school social worker. After retiring, he spent a year seeing bad movies twice, then volunteered to work with the Association for Habilitation and Residential Care (AHRC), an organization that assists persons with intellectual and/or developmental disabilities. More recently, he serves as a facilitator with the Joseph P. Dwyer Veterans Peer Support Project, a non-profit that helps vets in recovery. He also volunteers at a child abuse prevention program and teaches at the College of St. Rose and Alfred University. He has been married for 48 years, has 3 grown children and is blessed with 4 grandchildren.

Ken Rosenblum is a retired law professor who founded the Touro Law Center Veterans Legal Clinic in 2013. He served 5 years on active duty as a Captain in the US Army Judge Advocate General's Corps, including a tour in Vietnam 1968-69 with the 4th Infantry Division in the Central Highlands. His assignments included work as a court-martial prosecutor, war crimes investigator and military judge. His decorations include the Bronze Star, the Meritorious Service Medal and the Army Commendation Medal with Oak Leaf Cluster.