This Map of “Salisbury Park”, today’s Eisenhower Park, was from a 1944 packet County Executive J. Russel Sprague sent out to Nassau residents about the new 820 acre park the County took ownership of in 1940 for uncollected taxes during the Great Depression. Prior to being The Nassau County Park at Salisbury, the 4 golf courses were part of the Salisbury Golf Club, first developed in 1917 by Joseph J. Lannin, owner of the Garden City Hotel, Roosevelt Airfield, and the Boston Red Sox. Lannin died mysteriously in 1928, after falling out of a window at the Hotel Granada in Brooklyn (which he owned), but his daughter Dorothy’s residence and carriage house (The Lannin House) still stand on Eisenhower Park’s property. Lannin moved the Salisbury Links to this site after his old course (today’s Cherry Valley Club in Garden City) was made private.

Golf architect Devereux Emmet designed the red course for the new club. Golfer Walter Hagen won the 1926 PGA Championship on it, making the course world famous. Salisbury Park opened as a Nassau County Park in 1949. It became Eisenhower Park in 1969. 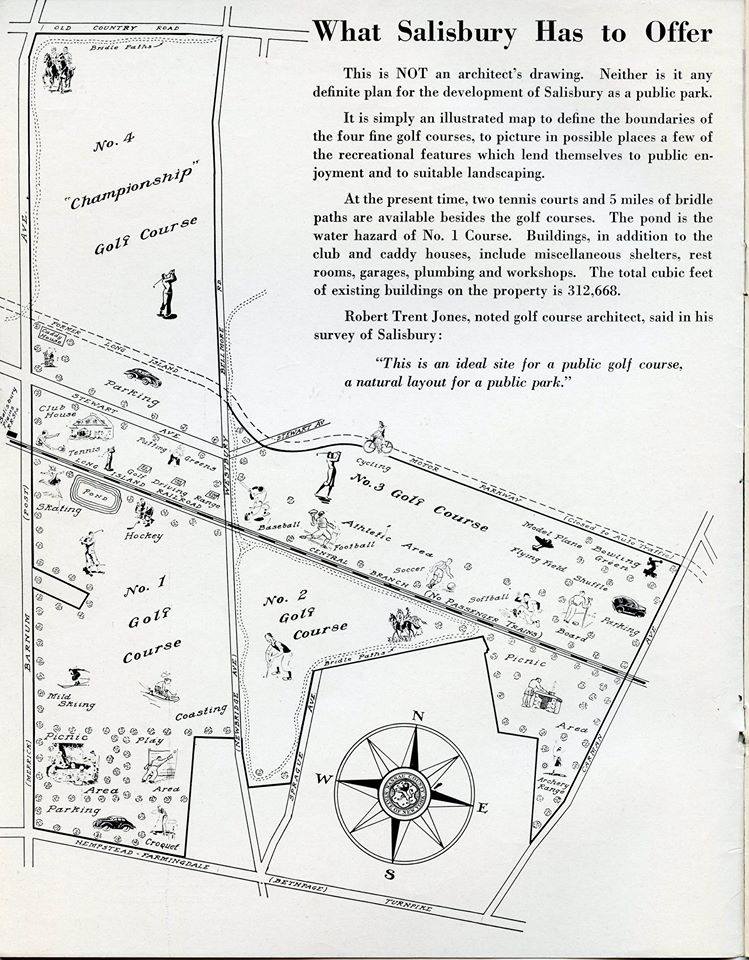 Of note on this map: The Club House south of Stewart Avenue is the current Special Activities building, Stewart Avenue at the time, cut through the property, as did Westbury-Bellmore Road (also known as Newbridge Avenue, and today, East Meadow Avenue) , The Long Island Motor Parkway and the Central Railroad of Long Island (both the LIMP and A.T. Stewart's Central Railroad were both defunct at the time). Merrick Avenue, which runs along the west side of the park goes by a few older names, including Barnum Avenue (named for the Barnum Estate and Farm area just sound of Front Street in East Meadow), and Post Avenue (named for the Post Family, a name the road maintains north of Old Country Road). On other old maps, Merrick Avenue was also known as Whaleneck Road.The current Park Blvd is partially on the map as Sprague Avenue, named not for the County Executive (who was from Inwood), but for the Sprague family that resided in that area. More parts of "Nassau Park at Salisbury" would be purchased and obtained over the next few years, filling in many of the blank spaces seen on this map. Property was purchased from the Arthur Brisbane estate, The George C. Tatem House, the Geoffrey Konta Estate (known as East Meadows), the Pettit property, The Lowden & Schoopman Properties and more.

What was Eisenhower Park BEFORE Lannin moved his Salisbury Links there?

This 1891 Chester Wolverton Queens County Long Island Map, courtesy of Historic Map Works, shows the area as the Hempstead Plains and the eastern part of the A.T. Stewart Garden City Purchase.   Stewart ran his Central Rail Road through what would become Eisenhower Park from his Garden City all the way to today's Bethpage State Park, where his Nassau Brick-works were located.  Notice property in the area from the Sprague, Pettit, Young, McClelland, Carman and Stewart Families. Also, that stream running up the west side, past Merrick Avenue into the park? That's the Meadow Brook.

Though not shown on the map, right south of the Levi property would have been Halfway Nirvana, the estate of Elliott Roosevelt, and his daughter (and future first lady) Anna Eleanor Roosevelt, from about 1888 to 1892. Elliott Roosevelt was the brother of President Theodore Roosevelt.

This 1906  E. Belcher-Hyde Nassau County Map (Courtesy of Historic Map Works) shows more development in the area. Not only has the Meadow Brook (Hunt) Club opened to the west of Merrick Avenue, but James Clinch Smith, heir to A.T. Stewart has built his mansion inside what would become the park. Town of Hempstead Justice of the Peace George C. Tatem had purchased property in the area, as well as Richard :Lowden and Owen Riley. A train station has also opened on the Central Rail Road line, here called the Meadow Brook Station, but later would be the Salisbury Plains Station.

A note about James Clinch Smith: James Clinch Smith was the son of Judge John Lawrence Smith and a descendant of Richard Smith, the bull-plowing founder of Smithtown in Suffolk County.  His mother was part of the Clinch family which was very close and married into the A.T. Stewart family, and his brother-in-laws were Stanford White and Devereux Emmet. Smith purchased land across from the Meadow Brook Club and their polo grounds in 1901, and built his mansion and stables on the site in 1903. It later burned to the ground on Thanksgiving, 1905. He died April 15, 1912 aboard the Titanic. 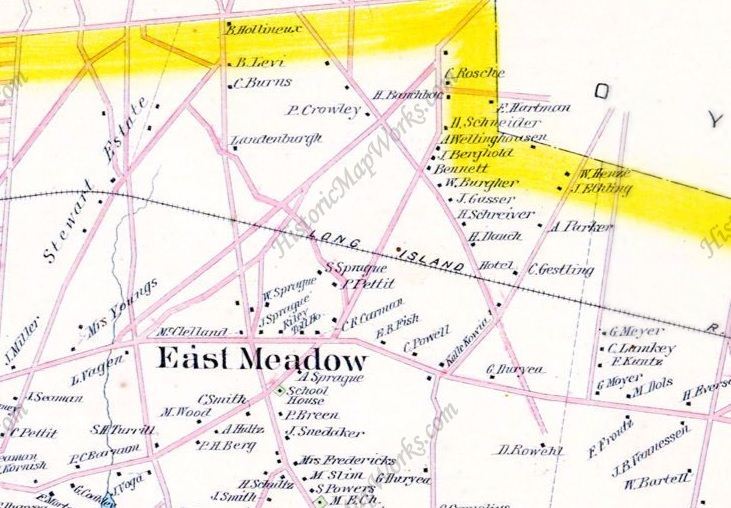 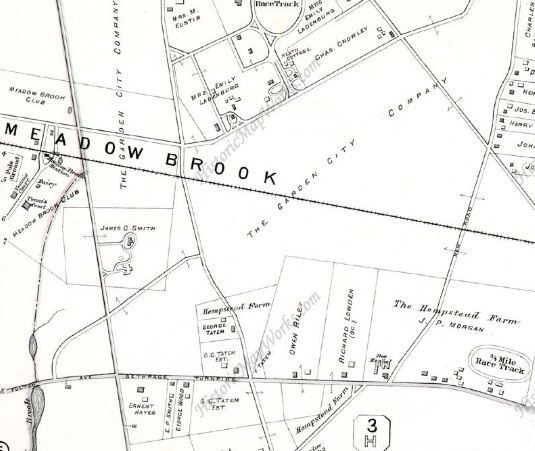 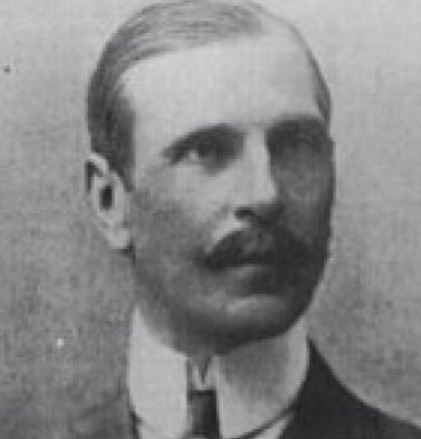 This 1914  E. Belcher-Hyde Map of Nassau County, Long Island (Courtesy of Historic Map Works) shows William K. Vanderbilt's Long Island Motor Parkway running through the park (the curve of today's Salisbury Park Drive and east bound direction follows the same routem which the northbound part of Salisbury Park Drive is the old Newbridge Avenue/Westbury-Bellmore Road). It also shows property owned by Arthur Brisbane as well as the estate of George Coggeshall Tatem, Robert Lowden, Mark Meagher, Oliver Hazard Perry Belmont and Alva E. Vanderbilt Belmont and the former estate of James Clinch Smith. Soon after this, Joseph J. Lannin would buy most of the property of today's Eisenhower Park and move his Salisbury Links there from Garden City.  His original plans included using the burned foundation of the James Clinch Smith Mansion to built the Meadow Brook Inn (to complement his Garden City Hotel) and turning the still standing Clinch Smith dairy and sables into the golf courses club house. He also planned bungalows along Newbridge Avenue.  He initially purchased the property south of the Central Railroad to Fulton Avenue (Hempstead Turnpike) as his first course, and expanded to north of the tracks.

A note about Joseph J. Lannin: Lannin was the owner of the Garden City Hotel, Roosevelt Airfield, and the Boston Red Sox. He famously walked Charles Lindbergh across the tarmac before his famous flight.  He was also known as the man who signed Babe Ruth to the Red Sox. He had run his Salisbury Links Golf Club on what was called the Salisbury Plains, near his Garden City Hotel at the Cherry Valley Course (named for the road that ran through the property).  After the Cherry Valley Club went private, he moved the Salisbury Links to this new property east of the Meadow Brook (Polo) Club around 1917.

Lannin had a residence built for his daughter Dorothy in 1928, just north of the former James Clinch Smith estate. The main house and carriage house from that estate still stand today and are known as the Lannin House and Lannin Carriage House.  Lannin died under mysterious circumstances earlier in that year, when he fell out of a window at the Hotel Granada in Downtown Brooklyn (which he owned). The Hotel was torn down in 1994 for a parking lot near the Brooklyn Academy of Music. 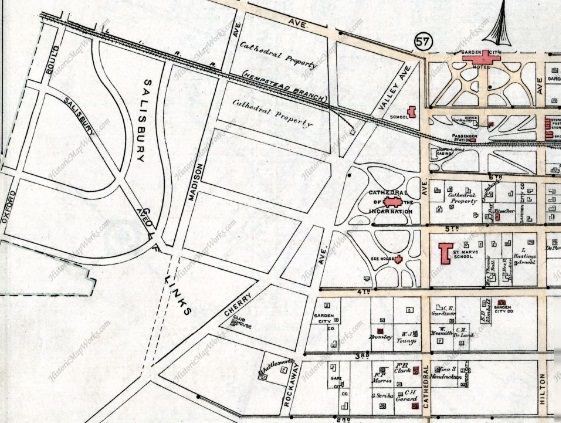 Pictured to the right is Dorothy Lannin, daughter of Joseph J. Lannin in 1935, outside of her home, the Lannin House, in Salisbury (Eisenhower) Park. Dorothy married Harry Turnstall around 1929. She is holding her children, Harry and Joan.  (Photo courtesy of Nassau County Photo Archive). 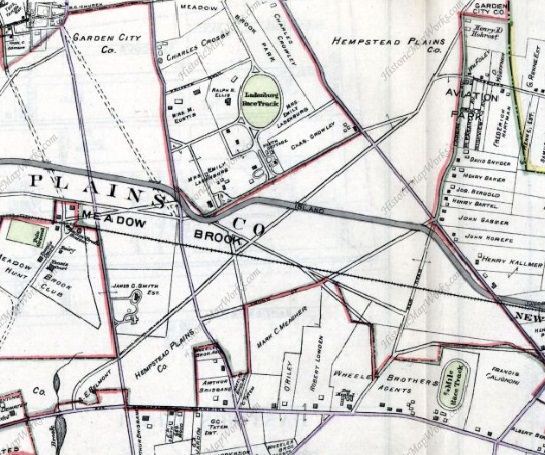 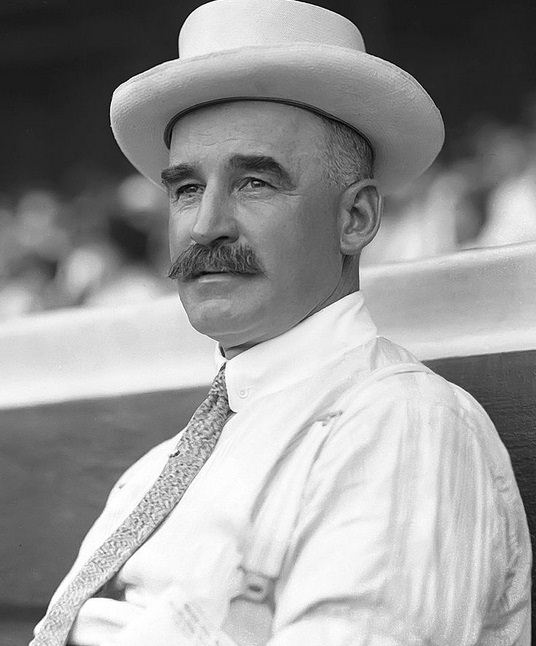 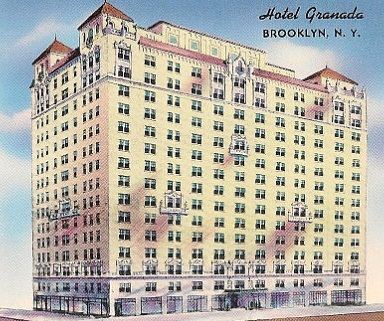 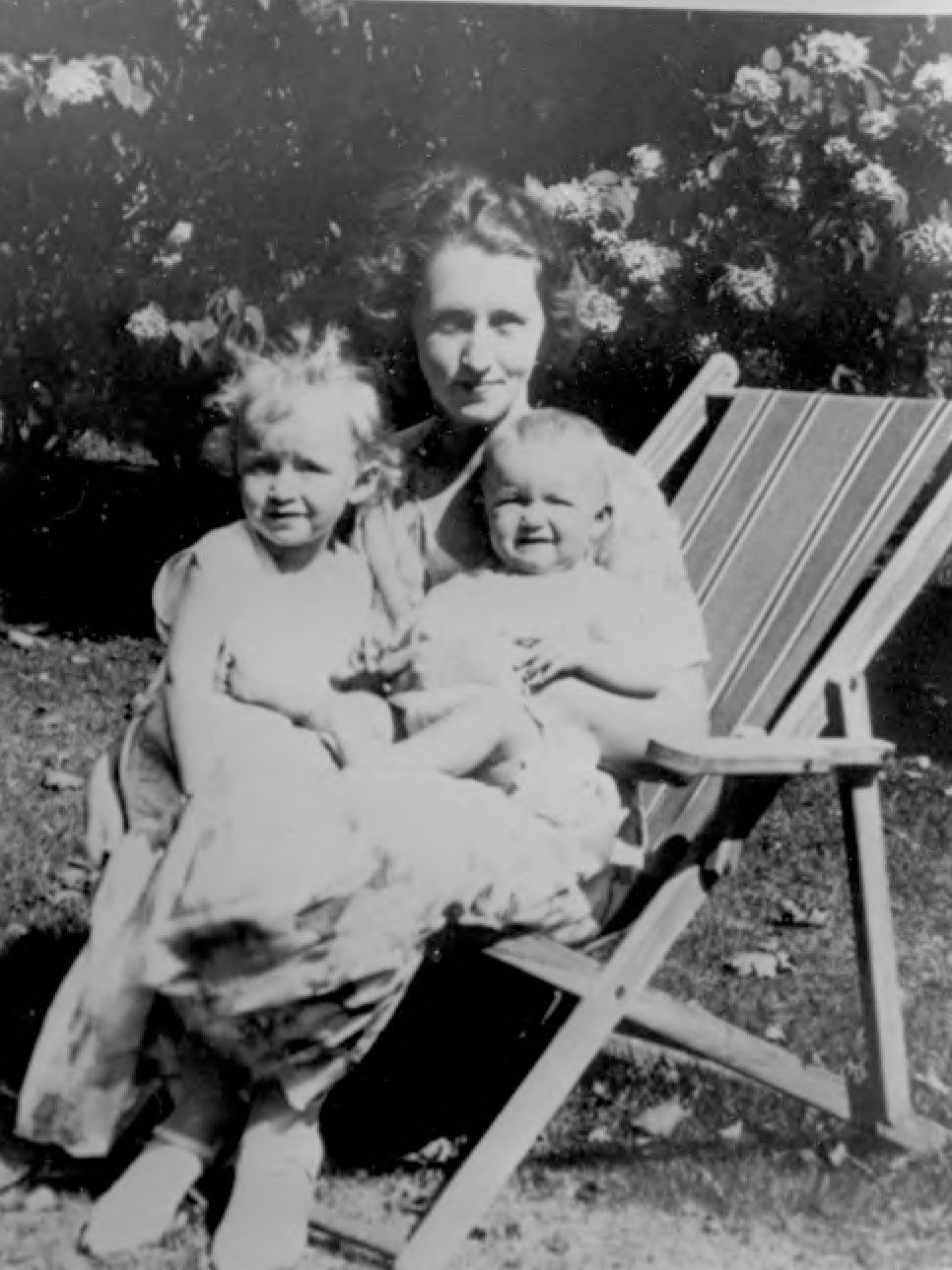 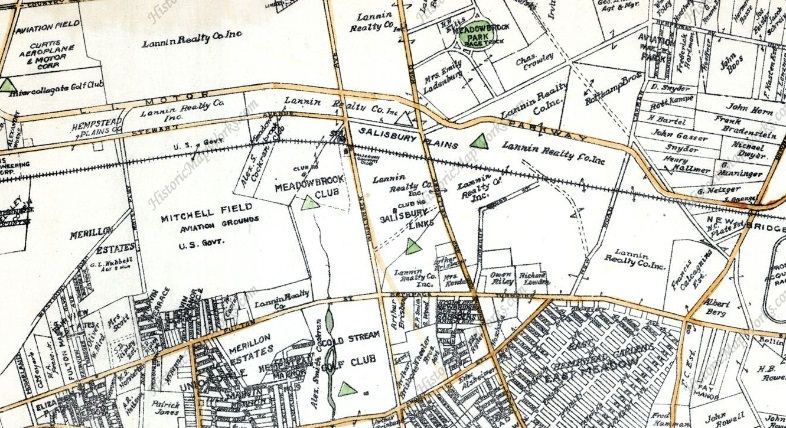 This 1927 Map from E. Belcher Hyde, Inc. 1927 Nassau County Long Island Atlas (Courtesy of Historic Map Works) shows the Salisbury Links firmly in place. Joseph J. Lannin's company was buying numerous pieces of land surrounding the park, including tracts of land in Salisbury and East Meadow.   Also, the former Belmont property diagonal from the Salisbury Links has also become a golf course (The Cold Stream Golf Club, owned by Alexander Smith Cochran). The Salisbury Country Club has opened on the south side of Stewart Avenue, just outside of the park, to the west of Merrick (Whaleneck) Avenue and as part of the Meadow Brook Club. The Long Island Motor Parkway and Central Railroad of Long Island (with it's Salisbury Plains Station) still run through the Park.  Property owners in the area other than Lannin include Owen Riley, Richard Lowden, Arthur Brisbane and Geoffrey Konta, (the personal lawyer of Arthur Brisbane and William Randolph Hearst), who's estate was called East Meadows. 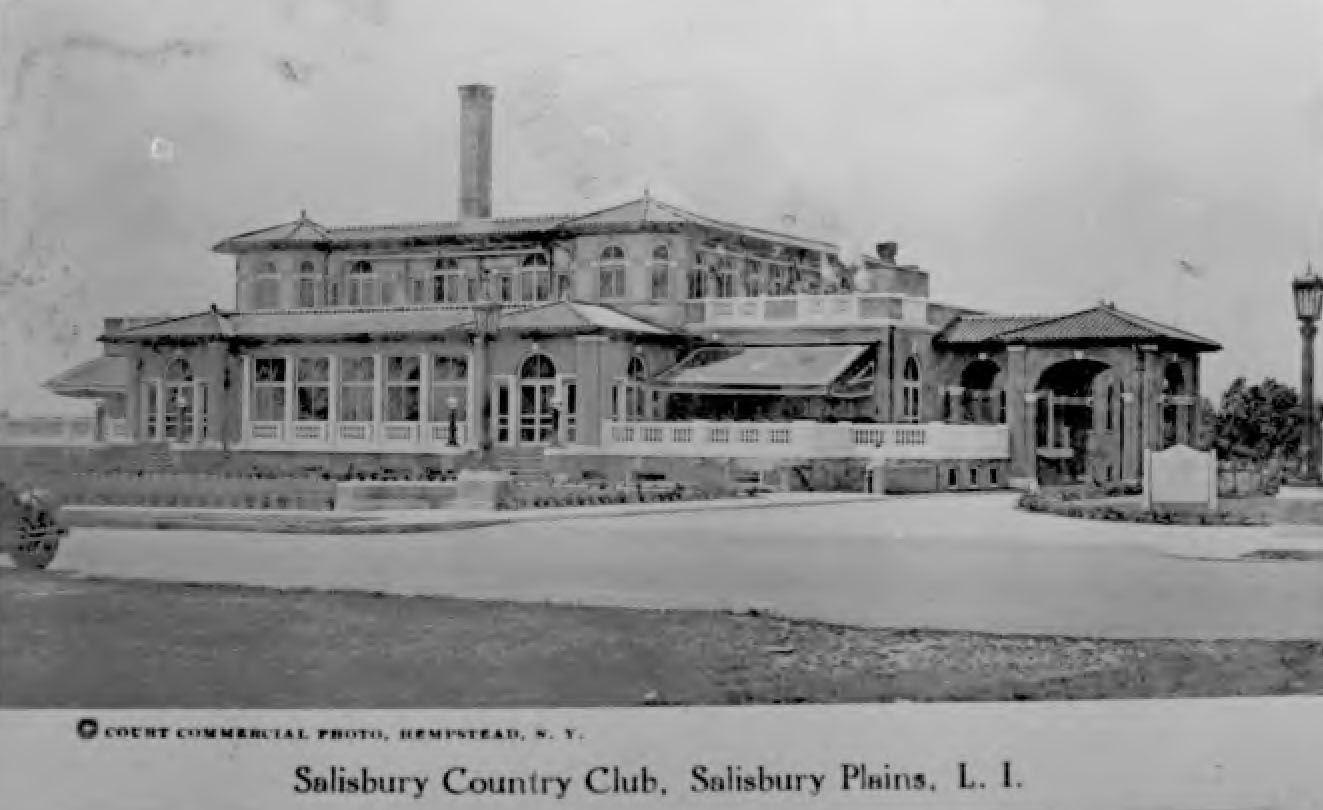 The Salisbury Country Club in the 1920s. The club was located in the Meadow Brook Club, south of the Central Railroad tracks and Stewart Avenue, and west of Merrick (Whaleneck) Avenue, just outside Salisbury Park.  (Photo courtesy of the Nassau County Photo Archive). 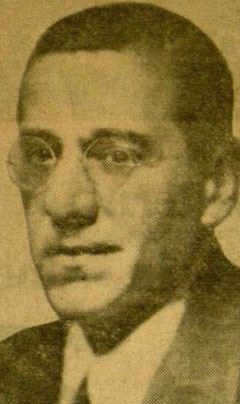 To the left, Attorney Geoffrey Konta, who owned property off Hempstead Turnpike in today's Eisenhower Park. Konta was the personal attorney and adviser for William Randolph Hearst & Arthur Brisbane as well as attorney for the World Film Corporation and Lewis J. Selznick. His estate was called 'East Meadows.' 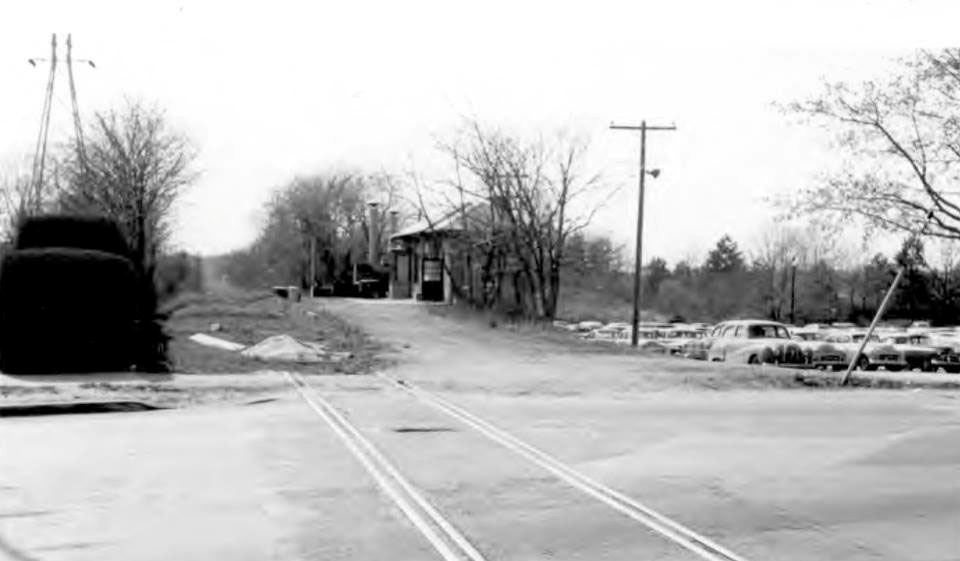 The Salisbury Plains Railroad Station on the (former) Central Railroad line in 1955. The station was south of Stewart Avenue, and west of Merrick Avenue, north of the tracks, just outside Salisbury Park. Passenger service was halted by the late 1940s. The tracks inside the park were removed in the 1950s. The station was torn down in 1985. (Photo courtesy of Nassau County Photo Archive).
To the right, Hearst journalist and editor Arthur Brisbane, whose editorials in the New York Journal helped promote the Spanish-American War. He owned two estates in East Meadow, with one at the foot of Salisbury Park. 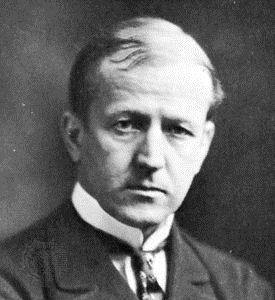 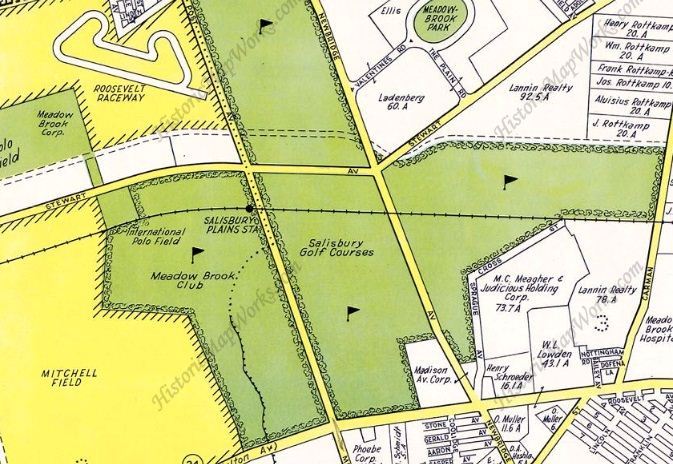 This 1946 Queens & Nassau Map from Hagstrom Company (Courtesy of Historic Map Works) doesn't show many changes from the 1939 one above, but is after Nassau County took control of the Salisbury Links. The Meadowbrook Parkway has yet to be extended north to the Northern State Parkway.  Notable names on the map, Geoffrey Konta's East Meadows estate on part of Arthur Brisbane's property. Also Lowden, Zambory, and the Day Crane & Delehanty Trust.

In the time after this map, more property would be purchased by Nassau County.  The Long Island Motor Parkway would be discontinued inside the Park, as would the Central Railroad lines.  The streets inside the park would be re-routed and truncated, causing Newbridge and Stewart to no longer continue through the park. A new road, today's Park Avenue, would take the route of Sprague Avenue and end at the intersection of Stewart Avenue and Merrick Avenue (Whaleneck Road), but mostly not follow Stewart's route. 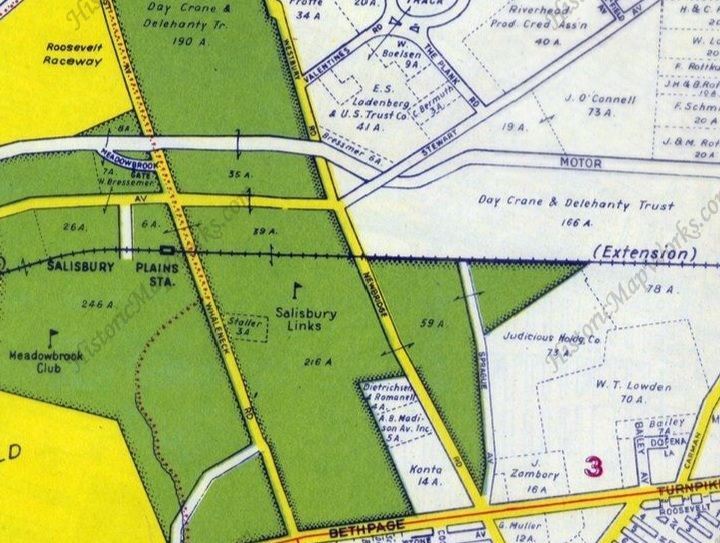