Dial by your location

RFP for Landscaping Services – Click here to redirect to the full document. 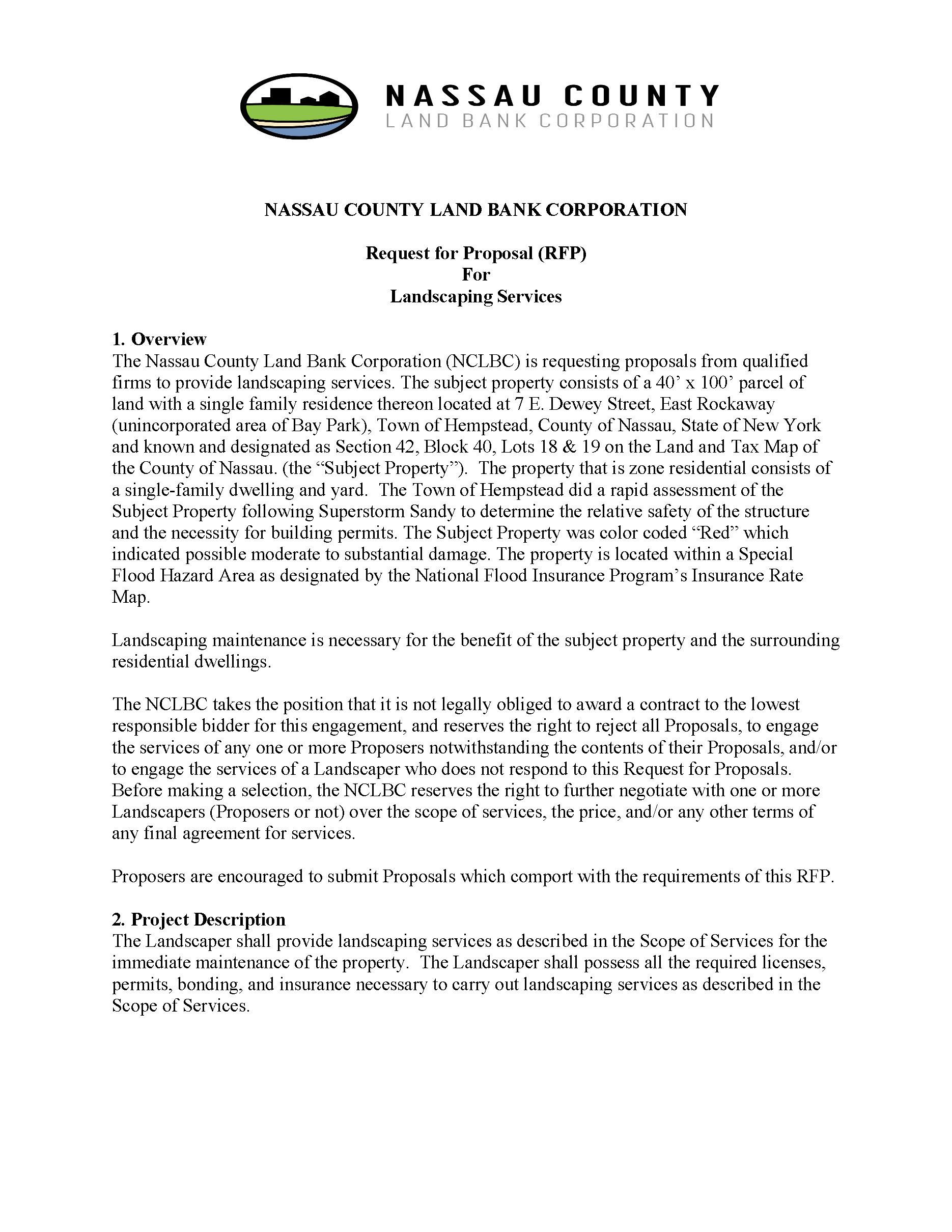 RFP for Purchase and Development of Real Property – Click here to redirect to the full document. 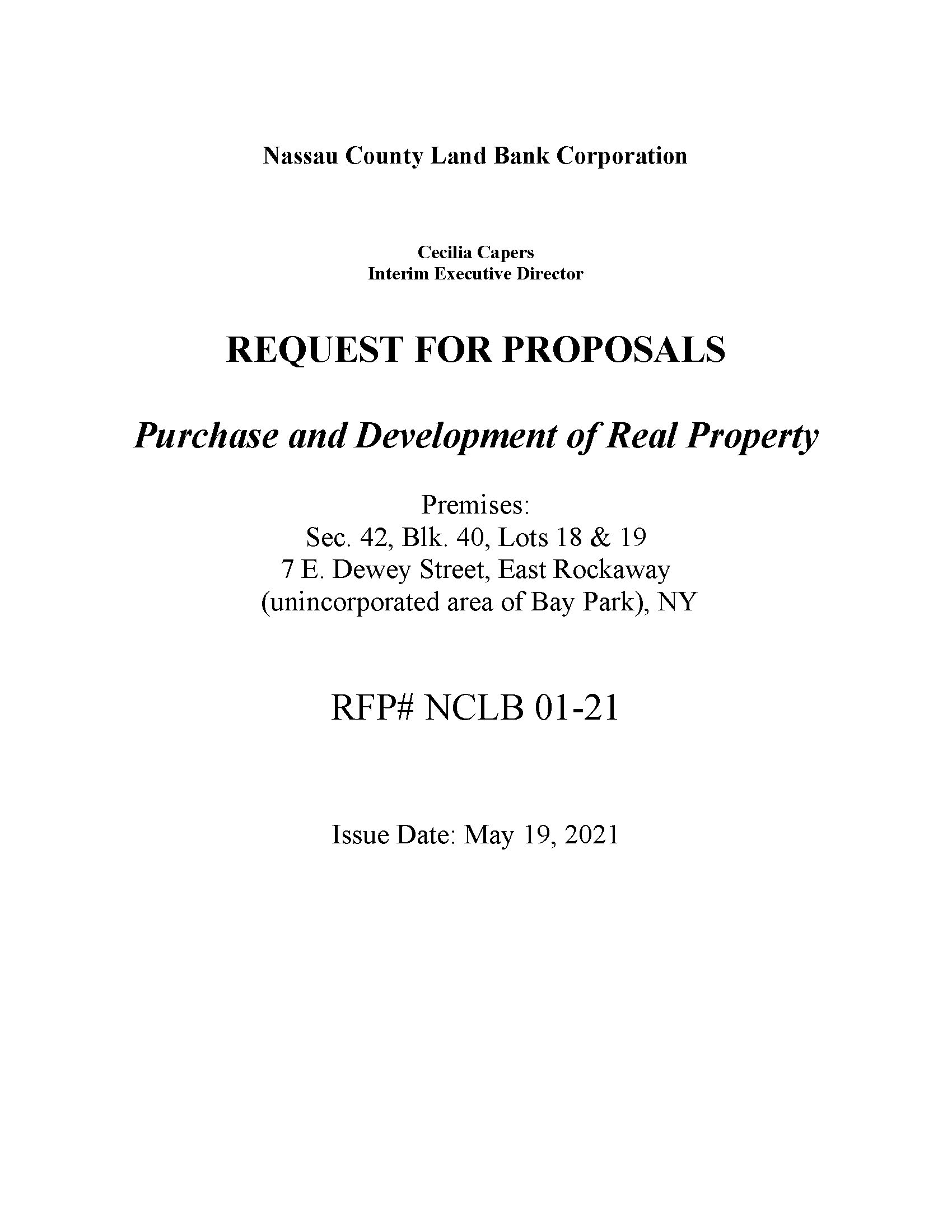 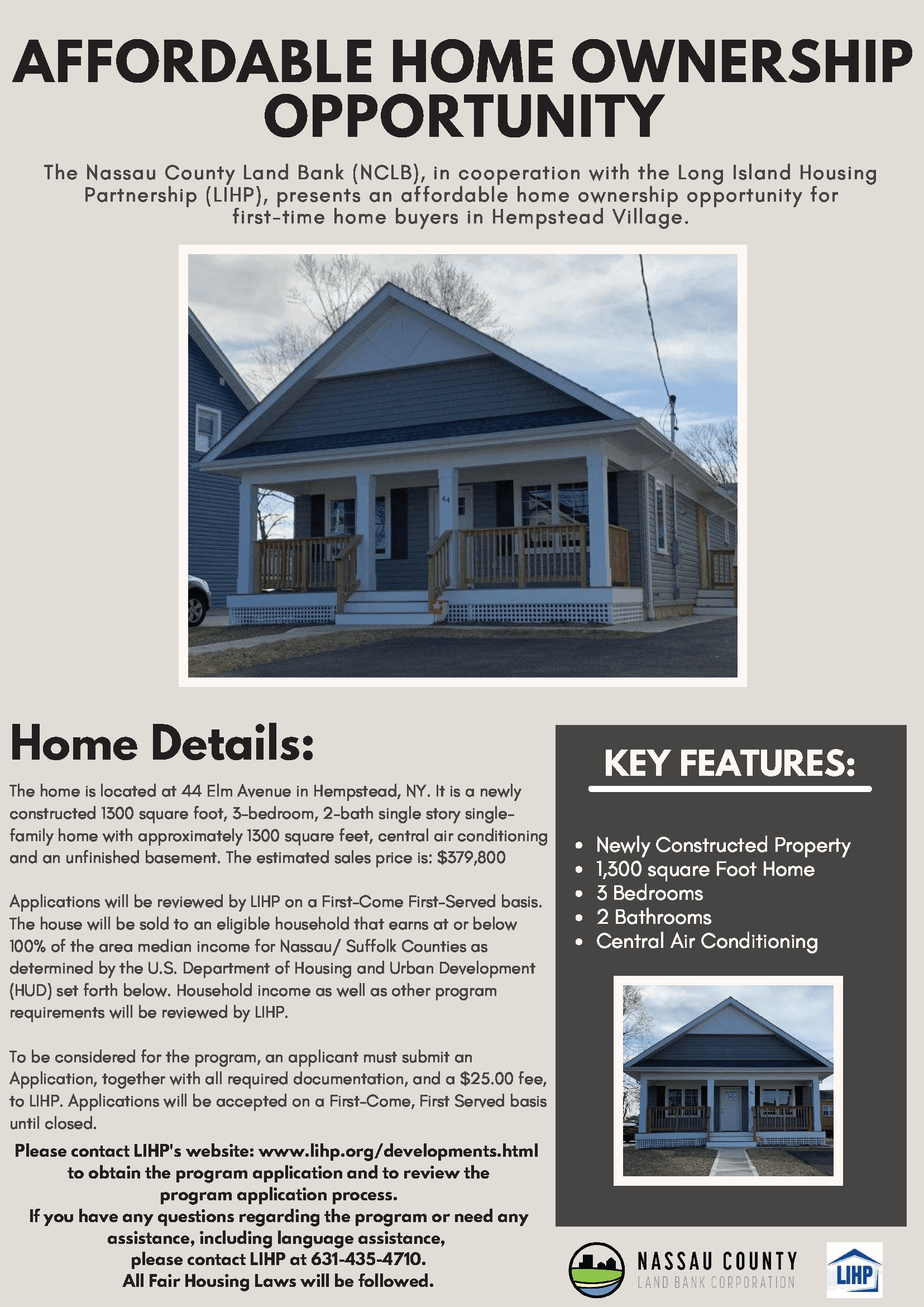 What is the Nassau County Land Bank Corporation?

The Nassau County Land Bank (NCLB) was formed to address the still-lingering effects of the foreclosure crisis which has created pockets of blight in neighborhoods and communities in Nassau County.

The goals and operations of the NCLB are the result of continuing partnerships with the Nassau County government and community stakeholders.