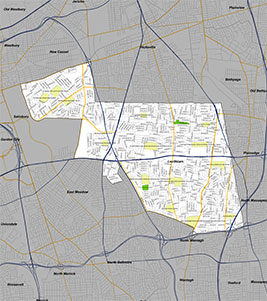 John R. Ferretti, a Republican, is serving in his third term as Nassau County Legislator in the 15th district after winning the 2017 election and bids for re-election in 2019 and 2021, all by wide margins. The 15th legislative district encompasses all of Levittown, Salisbury, and parts of East Meadow, Bethpage, Wantagh and Seaford. John grew up in Levittown and graduated from Division Avenue High School. He obtained a Bachelor's degree from Hofstra University and a Juris Doctorate from CUNY School of Law. In addition to being licensed to practice law in the State of New York, he is admitted in the Federal Eastern and Southern Districts of New York.

In his first two terms John introduced multiple pieces of legislation including a law that requires signage at all red light camera intersections, a law that protects Veterans struggling with addiction and a law aimed at eliminating dangerous bicycle "ride-outs."  John authored “Benny’s Law” which created an online database and notification procedure to residents who live in close proximity to judicially determined dangerous dogs.

John believes keeping Nassau safe is a top priority.  He successfully fought to have the 8th police precinct re-opened and for federal ICE agents to remain stationed at the Nassau Correctional facility. John has brought an unprecedented level of transparency to the office by introducing a weekly e-newsletter to constituents with information on proposed laws and community updates.

Prior to his tenure as an elected official, John served as the Chief Deputy County Clerk of Nassau County. In that roll, John oversaw over 100 staff members with a $6 million budget and annual revenue collection exceeding $240 million dollars for federal, state, and local governments. John served as liaison to the New York State Land Title Association and assisted in drafting legislation to waive clerk recording fees for victims of Super Storm Sandy.

A lifelong resident of Levittown, John purchased a home two doors down from his childhood home where he currently resides with his wife Maryellen and their two children.