All Workshops will be taking place online.

If you are logging in to the workshop on a desktop computer or laptop, no software download is required.  Just click the appropriate link below and choose the option to open the event in your browser. 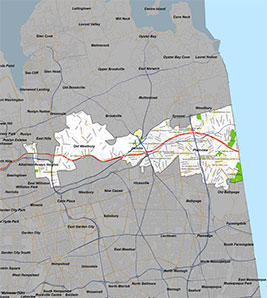 Arnold W. Drucker was elected to the Nassau County Legislature in a November 2016 special election. He is currently serving his second full term as the representative for the 16th Legislative District, which includes the communities of Plainview, Old Bethpage, Jericho, Syosset, Woodbury, Hicksville, Old Westbury, and Roslyn Heights.

Legislator Drucker currently serves on the Finance, Public Works, and Health & Social Services committees, and is the ranking member on the committees for Planning, Development, & the Environment and Government Services & Operations.

Throughout his tenure, Legislator Drucker has advocated for initiatives aimed at protecting public health and securing greater equality for all Nassau County residents. Legislator Drucker proudly worked to secure passage of legislation restricting the sale of tobacco products to individuals under age 21, bringing an effort initiated by his predecessor, the late Judy Jacobs, to fruition. In late 2019, he took further steps to safeguard public health and protect young people from nicotine addiction and the emerging scourge of vaping by introducing and passing legislation that bans the sale of flavored vaping products in Nassau County – a measure that has since been enacted statewide.

Ensuring access to affordable higher learning in Nassau County remains one of Legislator Drucker’s top priorities. In 2012, Governor Cuomo appointed Legislator Drucker to the Board of Trustees of Nassau Community College, a role he served until his election to the Legislature.  Legislator Drucker continues to support the college in its laudable mission. “Ensuring that our community college is a strong academic institution that offers our local residents and young people an opportunity for an affordable higher education that can and should be the foundation of their success is important,” said Drucker. (Syosset-Jericho Tribune, December 6, 2016).

After earning a Bachelor of Arts in Political Science from SUNY Buffalo, Legislator Drucker received his Juris Doctor from Rutgers University Law School. He is admitted to the American Bar Association, the New York State Bar Association and the New Jersey State Bar Association. Legislator Drucker, who is fluent in Spanish, has owned and operated a successful law practice in Queens since 1982, where he serves a primarily Hispanic clientele. He has lectured over the years on home-buying and real estate transactions and is also a two-time recipient of the New York State Bar Association’s Pro Bono Service Award in recognition of his commitment to providing fair and equal access to legal representation for all.

In addition to his public service and professional commitments, Legislator Drucker remains an active community member who serves on several boards, including the Board of Trustees of the Plainview Jewish Center. He is also a member of the Plainview-Old Bethpage and Syosset Woodbury Chambers of Commerce.

A lifelong Plainview resident, Legislator Drucker and his wife, Franny, enjoy evening walks with their two Goldendoodles, Louie and Callie, as well as spending as much time as they can with their grandson, adult children, and extended family.