Christopher Morley Park, set on 98 acres is centrally located in the northern part of the county. The park has been in the Nassau County park system since 1961. The County paid $704,000 for the property, which was the former Estate of Nettie Ryan and included the Links Golf Club. The park is named after Christopher Morley, one of the foremost American "men of letters" in the 20th century, a prolific writer who produced more than 50 books, including several popular novels, plays, poetry and essays. He also edited two volumes of "Bartlett's Familiar Quotations" and was a founder of the Book of the Month Club. 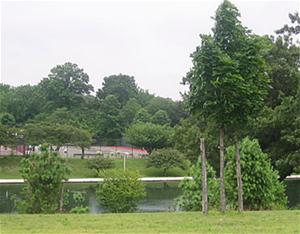 A great deal of Christopher Morley's work was done in a functional one-room studio called the "Knothole" (see a more full description in the list below), located on his property in Roslyn on the North Shore and constructed in 1934. "I built myself a pine-wood cabin, as aloofly as a Long Island suburb would permit, to consort with the shade of John Bartlett," wrote Morley.

In 1966, nine years after Christopher Morley's death, the writer's friends and neighbors had the Knothole transferred to one of Nassau County's parks in Roslyn-North Hills, subsequently named Christopher Morley Park. The renovated Knothole includes built-in bookshelves, a fireplace and a bunkbed. But the public has been most intrigued over the years by the Knothole's "dymaxion" bathroom, which was designed in 1936 by Morley's friend, Buckminster Fuller, the renowned scientist and inventor. It is a one-piece, pre-assembled unit. 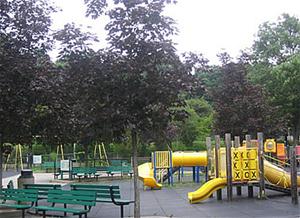 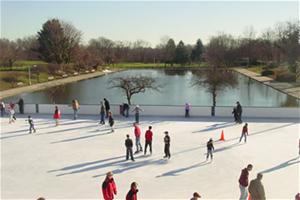 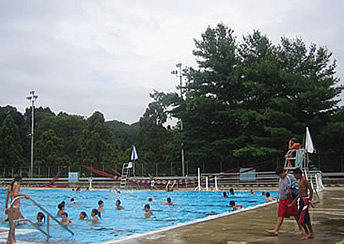 The Christopher Morley "Knothole" is a tiny one-room wooden cabin formerly used as a studio by prominent 20th-century Long Island editor and writer Christopher Morley (who authored such novels as "Thunder on the Left" and "Kitty Foyle"); it was later transported to the park. The facility is located by the dog run and is closed for public programs.

Constructed in 1934, the Knothole includes built-inbookshelves, a fireplace and a bunkbed. But the public has been most intrigued over the years by the Knothole’s "dymaxion" bathroom, which was designed in 1936 by Morley’s friend, Buckminster Fuller, the renowned scientist and inventor. It is a one-piece, pre-assembled unit, similar to the bathrooms in use on airplanes.

In 2006, the County completed renovation work on the Knothole. The renovations involved replacing damaged siding, a task that required creating new siding to replicate the thick and irregularly shaped "wavy"-edge style of the original. The renovations also included adding a new roof, flashings, rebuilding windows and window sills. The porch was also refurbished and new handicapped-accessible ramp was installed.

To reach Christopher Morley Park, take the Long Island Expressway to Exit 36/Searingtown Road exit (from east or west). Take Searingtown Road North and look for the park entrance on right (about 200 yards from the LIE).