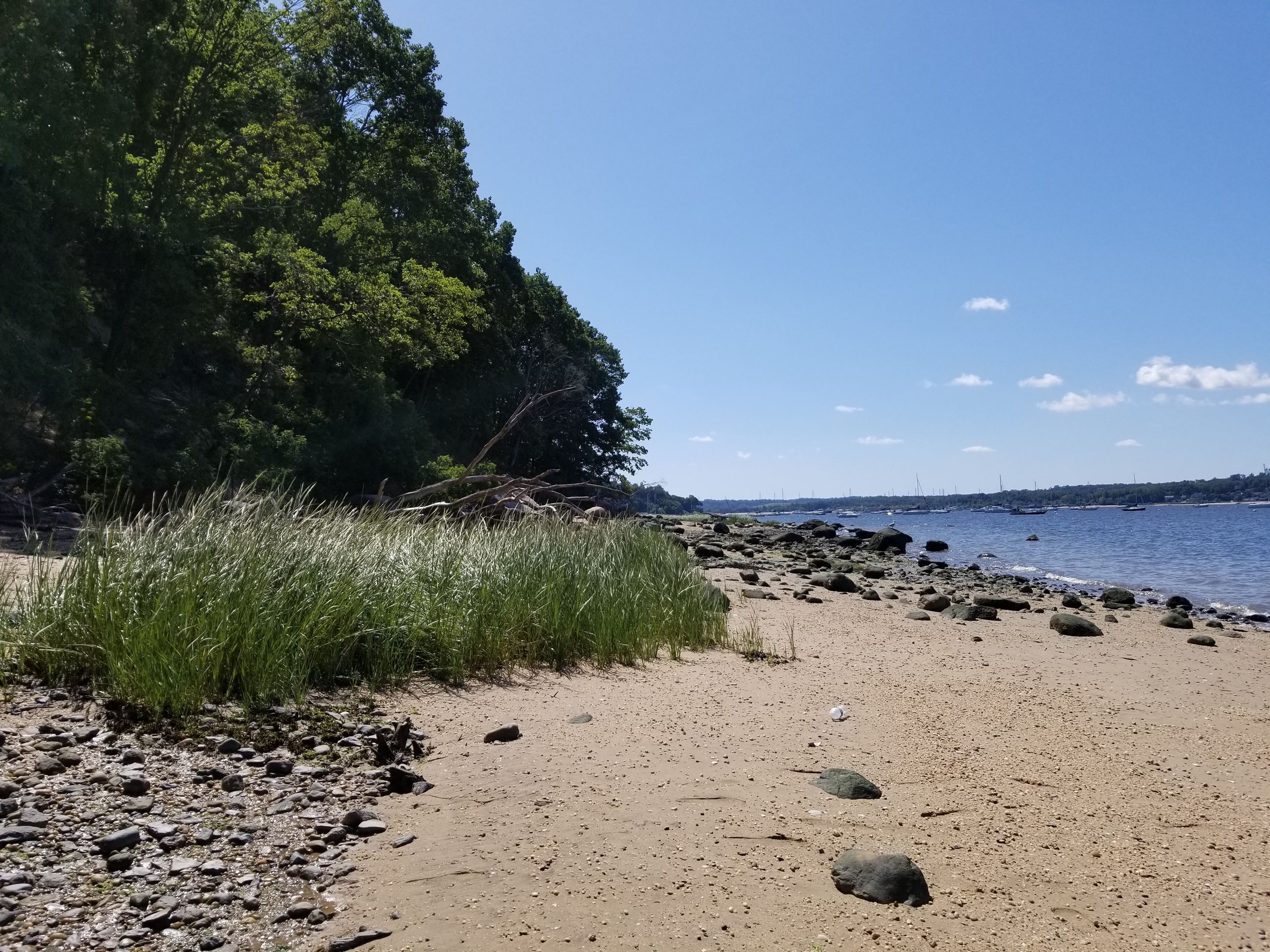 The Garvies Point Preserve offers a mix of shoreline and woods along Hempstead Harbor.

Glacial exhibits illustrate that part of Long Island's history and explain the formation of contemporary land features. Dramatic post-glacial changes in climate and sea level are detailed in dioramas to show the evolution of the local landscape over the past 20,000 years. Local leaf fossils and concretions (Native-American paint-pots) are also on display.

The archaeological exhibits begin with the migration of humans from Asia to the New World and their subsequent cultural evolution. A series of exquisite dioramas illustrates Native-American life scenes from Long Island, while numerous prehistoric Native-American artifacts are displayed. Other exhibits deal with the initial European contacts and the ultimate demise of Native-American culture. The science of archaeology is the subject of several exhibits, including a model of an excavation.

Most of the present property was formerly part of the Estate of Dr. Thomas Garvie, a Scottish immigrant born in 1775 who moved to Glen Cove in the early 19th century and was one of only two physicians in northern Glen Cove. Details on his early life and education are unknown; however, an extract from the records of the Associated Presbytery of Perth shows that in 1797 he was studying for the Presbyterian Ministry. For an unknown reason, he abandoned that direction and in May of 1800 was appointed candidate for a diploma at the Royal College of Surgeons in Edinburgh.

Dr. Garvie’s property spanned the north shore of the creek in Glen Cove, to the point that now bears the family name. Much of it is included in the present Garvies Point Preserve. The creek, opening on a wide, reed-lined harbor that gave Glen Cove its original name, was probably the community’s first center for maritime activity.

The preserve, acquired by the County in 1963, consists of 62 acres of glacial moraine covered by forests, thickets and meadows. There are about five miles of marked natured trails including trails for the blind. Wooded areas, which exhibit various stages of succession, contain 60 tree species as well as numerous shrubs, vines and wildflowers. High cliffs along the shoreline display erosional features such as alluvial fans, talus slopes and slumping caused by ancient multicolored clays oozing from the beach.

Life forms typical of the North Shore are abundant along the rocky shoreline. The woods and meadows, with their varied plant life, attract more than 140 species of birds, notably, scarlet tanagers and many varieties of warblers. Woodchucks, opossums and raccoons can occasionally be seen in the woods or along a meadows edge. A trail guide to the preserve is available at the museum.