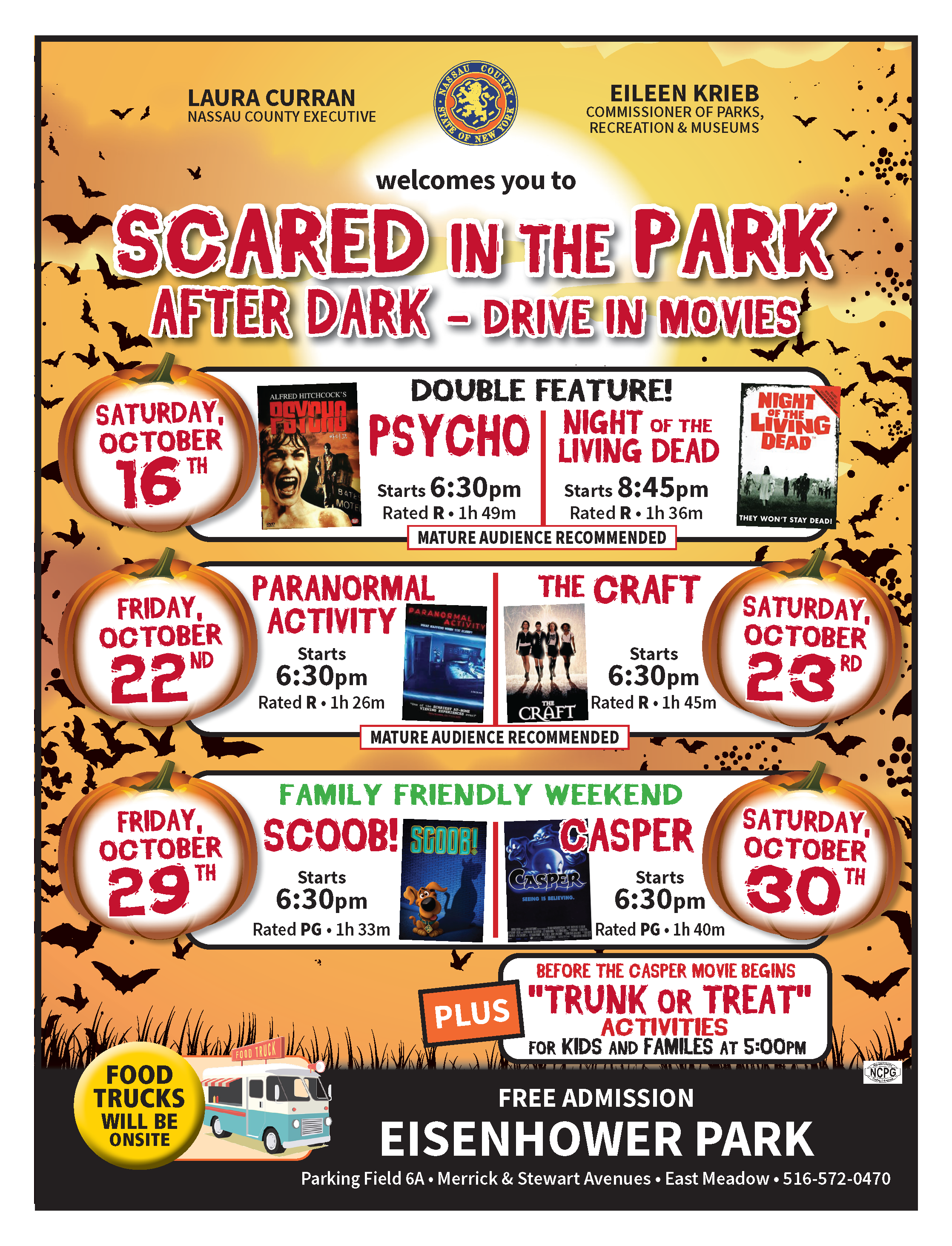 A 930-ACRE OASIS OF OPEN SPACE AND RECREATION in the heart of Nassau County, Eisenhower Park is one of the largest public spaces in the New York metropolitan area – larger, in fact, than Central Park. The park offers a full range of athletic and family activities, including one of the finest swimming facilities in the U.S., a major golf facility, dozens of athletic fields and courts, picnic areas, summertime entertainment, playgrounds, fitness trails and more.

During the Depression, the owners were unable to pay taxes and the property was taken over by the county. Subsequently, the county acquired additional land in the area. In 1944, Nassau County Park at Salisbury was established as part of County Executive J. Russell Sprague’s vision to create a park that "one day will be to Nassau County what Central Park is today to New York City." The park was officially dedicated in October of 1949.

Park Closes at DUSK except where designated by the Parks Commissioner.